Another “expert” witness bites the dust in a London court

The news that a prosecution supported by evidence from an unqualified “expert” led to the collapse of a fraud trial in London will come as no surprise to those who have watched the fracturing of the forensic expert sector over the last ten years or more.

The prosecution at Southwark Crown Court relied on Andrew Ager to supply expert testimony regarding a carbon credit fraud in which 72 investors lost £3.5 million.  Judge Nicholas Loraine-Smith dismissed the case after pointing out that Ager had “no academic qualifications.”  The collapse of the case also exposed “systematic failures” in investigations by the City of London Police.

Even worse: Ager has appeared as an expert witness in at least 20 cases that may now need to be re-opened.

Although his evidence was not strictly speaking of a forensic nature, the confusion over what constitutes an expert leaves many prosecuting and defence lawyers stumbling to present technical issues in court.  The problem was exacerbated in 2017 when a series of failures to disclose evidence led to the collapse of high profile rape cases.

The situation has evolved at least partly from the government’s decisions to privatise the formerly public Forensic Science Service and the Laboratory of the Government Chemist.  When it comes to expert evidence police forces and defence attorneys are now left to their own devices, with some faring better than others.

The trick, if it can be called that, is to employ investigators with demonstrably proven track records of providing highly qualified expert witnesses.

Bishop International has extensive experience providing forensic advice to its clients and a depth of knowledge about which experts can provide professional evidence.

For example, in December 2017 The Sunday Times cited Bishop International for providing a ballistics report that convinced the public prosecutor in Nairobi, Kenya, to drop a murder charge against a British businessman.  He had been arrested for the murder of a local woman and spent three months on remand in a Nairobi prison prior to the Bishop report proving the woman had accidentally shot herself. 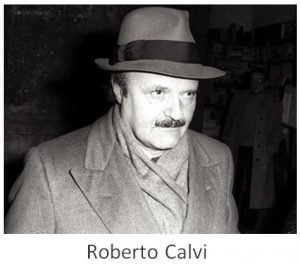 Bishop’s chief executive Jeff Katz has experience dating back to the early 1990s when he commissioned forensic work proving that Italian banker Roberto Calvi had not committed suicide when he was found hanging under Blackfriars Bridge in 1982.  The forensic report demonstrated that Calvi had been murdered.  The City of London Police had maintained that the death was a suicide until the forensic report was tested in an Italian court.  The investigation and forensic work was covered by The Sunday Telegraph Magazine in 2003.

Without commissioning investigators who understand the requirements of effective forensic and other expert work, most lawyers will find they risk disaster in the court room.